Discuss the site, what you want to see, real life sightings you wish to share, or just your take on the subject of women in spandex! (and only women in spandex please)
Post Reply
2 posts • Page 1 of 1

Do you think Disco Pants are on the precipice of a comeback?

I'm seeing rumblings of some sort of tumblr era fashion returning to the mainstream.
I've heard it called stuff like "indie sleaze"
And Disco Pants are sometimes grouped in with that aesthetic.

About 1-2 times a week it seems like there's a new tiktok of someone re-discovering, or discovering for the first time this magical pant.
Search twitter and you'll see countless tweets from people saying (perhaps in jest half the time) that disco pants should come back.
As time keeps mercilessly marching on, trends and decades of fashion cycle in and out.
With the 90s influence in the rear view, 00s in the passenger seat, are the 2010s, disco pants included, the next step?
I certainly hope so!
Though I will admit, seeing people reminisce about the 2010s, the first era of those three where I wasn't a child for the entirety of it will make me feel quite old

It feels as though we are in an era of taking old fashions, re-evaluating them, and folding them into the modern fashion language if deemed worthy.
Leggings stuck around way past the era of people looking back on 80s fashion, and it's honestly hard to ever see them go away at this point.
Though it may be too early to tell, it seems as though my beloved biker shorts have entered the same territory.
Will disco pants be next?
If you think about it, they are a much dressier version of leggings.
They can be worn in many more higher end situations where leggings might not be acceptable.

The other day I did see the instagram of a clothing brand that's making brand new disco pants. They seem to be looser and with a huge bootcut, taking more inspiration from the 70s version as opposed to the modernised AA versions. Which some may love, and some may hate. But regardless, it's nice seeing separate brands making new disco pants. That is nothing short of a good sign my friends.
https://www.instagram.com/rezekstudio/

Here's a few pics of people wearing them. Plenty more if you go to their tagged photos. 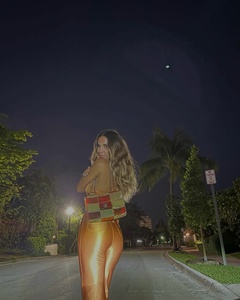 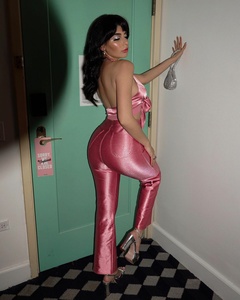 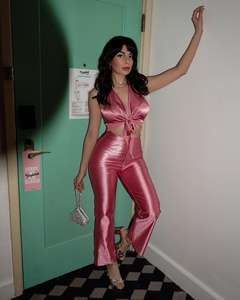 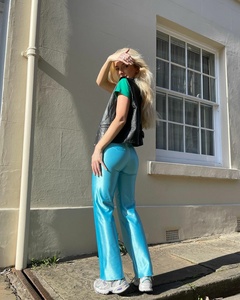 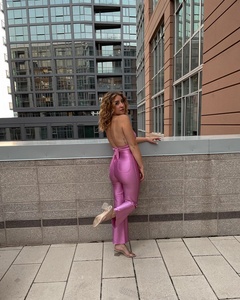 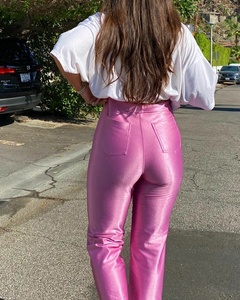 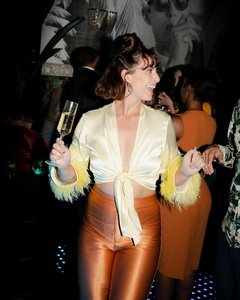 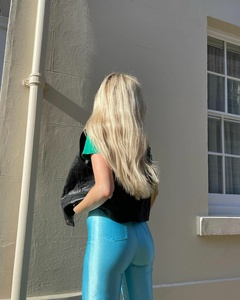 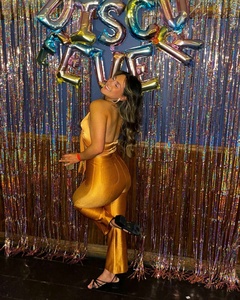 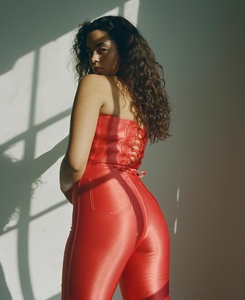 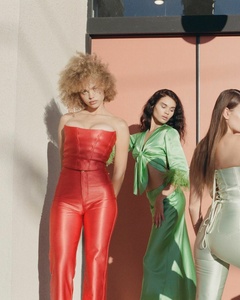 So, what do you think?
Avatar is from SGT. Kabukiman NYPD
MY HOLY GRAIL IS A CLEAN, NO SUBTITLES COPY OF THE FILM
STEALTHHUNTERS/SOLDADO DO FUTURO (1991)
twitter.com/PocketlessTweet
Follow for spandex musings!
Top

Re: The great disco pants re-revival??

I think rather than a full comeback, these things can tend to go in shorter waves, inspired by social media, the fact production runs can be set up faster, and in smaller batches in the Far East, stuff doesn't have to make it's way into the high st now for it to get a bit of a pick up. Eg, I've seen a few photos of people wearing spandex catsuits out and about, perhaps inspired by the Kardashians or whatever. Will that translate into a big fashion trend for the average person? No. But you'll probably get a few women wearing them out.
Leggings are in a different league now as within, say, the last 30 years, you've gone from them only being worn as workout wear, perhaps inspired by ballet dancers and aerobics in the 80s, athletes were wearing them, and women started wearing them to the gym. But now, you've got super smart ones, ones for lounging around in, matt, shiny, rubbery, whatever you want. My wife told me they're just incredibly comfortable and easy to wear for lounging around in, (she doesn't like wearing them out, or to work) that I think for many women now they're an alternative to jeans. So I see them now adopted into the mainstream, whereas things like disco pants, catsuits etc stay on the fringe.
Top
Post Reply
2 posts • Page 1 of 1